How many plant, mammal or invertebrate species live in the New York Botanical Garden? While it seems like there should be a straightforward answer – it is a well-known, carefully maintained and studied garden, after all – the truth is, nobody really knows. Along with the plants and animals that are deliberately planted, maintained and tracked, there are a slew of other organisms, including other plants, insects, fungi, mammals and microbes that might take up residence without being noticed, even in such a well-visited garden.

To try to tackle this question, more than 400 Macaulay Honors College students and 20 scientists from over 10 different institutions (including NC State) teamed up for a 24 hour BioBlitz on September 6-7, 2014. Organized into teams, the students and experts set out to catalog as many living organisms as possible. 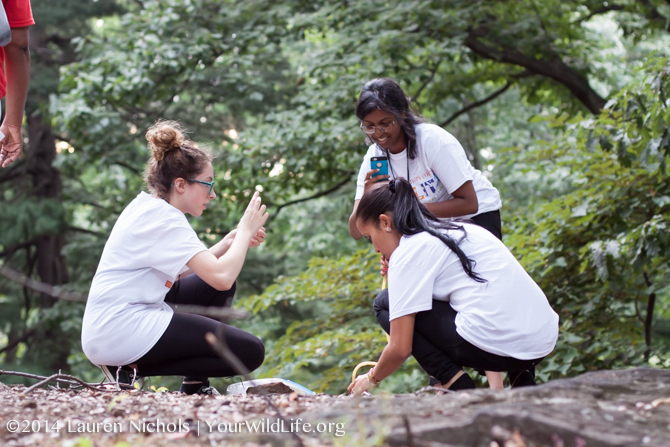 Your Wild Life post-docs, Amy Savage and Clint Penick, were among the expert scientists invited to participate and served as leaders of the Ant Team. Their 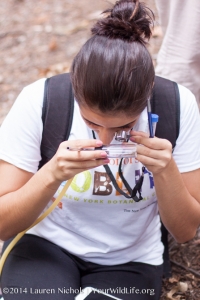 charge? Find as many species of ants as possible in 24 hours. Luckily, I got to tag along as a back-up ant identification expert and photographer.

While most of the students were a bit wary of the task of finding ants at the beginning of their shift, by the end of three hours, many of the students were eagerly turning over rocks and logs, pointing out some of the ant species that they were beginning to recognize. The students found thief ants and pavement ants under some of the rocks in the native plant and rock gardens, and collected carpenter ants from the base of a tree in the northern forest section of the garden. Clint taught the students how to identify citronella ants based on their lemony smell. A student even found tiny pyramica ants huddled under a rock.

While we could tentatively identify many of the species in the field, we all headed back to BioBlitz headquarters to look at the ants under microscopes. The students worked their way through dichotomous keys to identify some of the more tricky species and confirm the species they had identified in the field.

Though the teams working on different organisms were scattered throughout the gardens during the Bioblitz, they logged their species online through iNaturalist to compile our finds all in one place. While we worked, the total tally of species found by all the different groups was updated live on a big screen. 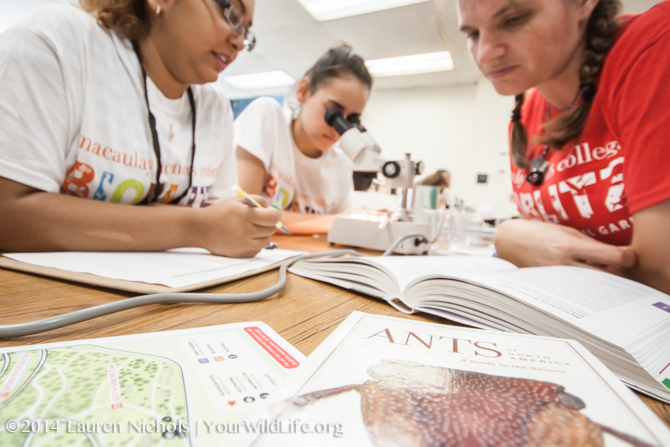 By the end of the 24 hour period, the BioBlitz teams had identified a grand total of 304 different species including plants, bird, fish, reptiles, amphibians, lichens, mammals, mushrooms and invertebrates. This number didn’t include microbes, since we will have to wait for the result of soil samples to be tested and sequenced before we have an official estimate. In total, our Ant Team found 13 different species of ants, far more than I had anticipated. 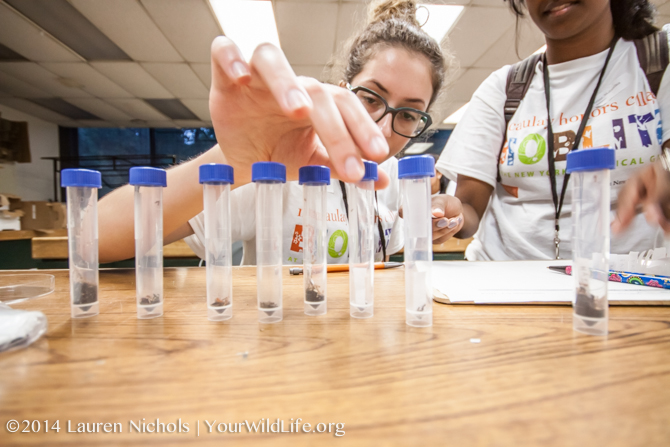 In the end, we all learned a great deal about the organisms living in the NY Botanical Garden. The Bioblitz was a great opportunity for students and scientists to engage in scientific discovery, and to take a closer look at the life that surrounds us in urban spaces.

To see more photos from the Macaulay Honors College Bioblitz at the New York Botanical Garden, visit our Flickr page.