**Today we have a guest post from Lauren Nichols about the School of Ants project. Enjoy!**

When you start a large-scale project to map the diversity of ants across the United States, there is a certain amount of uncertainty involved.  Will anyone send us ant samples?  Will we manage to collect ants from across a variety of cities?  Will a sampling scheme as simple as putting out cookie crumbs and collecting whatever shows up for a mid-afternoon snack actually allow us to collect a diversity of ant species?

I must admit, I’m a bit of a skeptic.

Fortunately, immediately after the launch of School of Ants, our concerns about potential lackluster participation were allayed and quickly replaced by worries that we might not be able to keep up with the mountains of samples clogging our mailroom. Citizen scientists pulled through!! To date, we have received more than 600 samples from across the United States. Participants have sent us samples from parks in Chicago, sidewalks in Arizona and median strips in New York. We’ve now sorted tens of thousands of ants from cookie crumbs – about half of the samples we have received – and identified close to 1,000 individual ant specimens down to species! 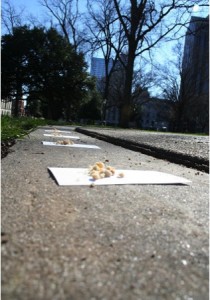 But there is still that third issue.  Are we actually going to collect a diversity of ants with nothing more than cookie crumbs, index cards, and zip-lock bags?

When we started this project, we had no idea. You see, not all ants like cookies. We know that at least some ants – and humans – adore them. But there are about 1,000 known species of ants in North America. And not all ants have a sweet tooth. Some ants find the leftover bits from your tuna fish sandwich more alluring than a pecan sandie cookie. Some ants hardly ever forage above ground and never know that there are cookie treats to be had. Not all ants forage in the daytime, preferring instead to seek food under the cover of darkness. And, of course, there are a handful of aggressive invasive species, such as the invasive Argentine ant, that seem to overrun the urban landscape. So it’s quite possible that even if a great diversity of ants exist in our cities, our sampling methods mean we might miss the picky eaters, the night foragers, or those that are easily beat to the cookie pile. Some ants might not forage far enough to find the cookies in the first place.

So this begs the question: with the diversity of life habits among ant species, and the potential that only a few species dominate the urban landscape anyway, what were the chances that we could get a diversity of species with such a simple and rudimentary sampling scheme?

So, with 1,000 identified specimens under our belt, what have we found?

Indeed, there a few common species that we tend to find in the majority of samples, but in truth, we have found far more species than we ever expected!  In total, we have found close to 90 different species of ants. 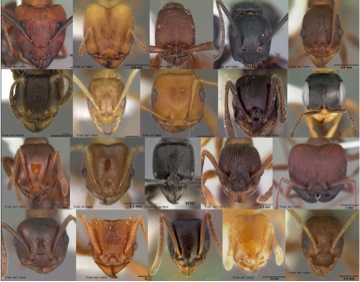 Now we can start asking a whole new set of questions:  Why do we find these species in some places but not others?  Can we predict where we will find certain species?  How are these species coexisting alongside some of the more common species that seem to be queens of the urban landscape?

It will be exciting to try to answer these questions as we continue to identify specimens and to analyze all of the data contributed by hundreds of citizens across the United States. 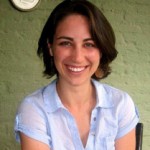