Eating off the Floor: How Clean Living Is Bad for You

Ten steps to a healthier life and more wealth through embracing the bacteria around you. 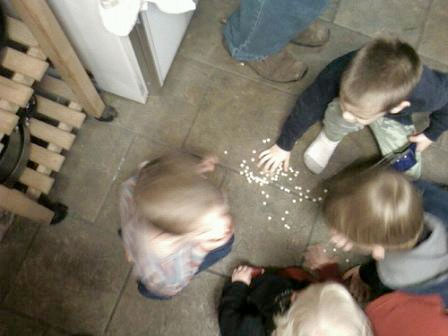 Book titles are difficult to choose. In theory, a perfect title is concise, compelling, enticing and, oh by the way, accurately conveys some aspect of the book’s contents. In practice, most titles involve more compromise than perfection. The working title of my first book was Unknown. The book was about the biological unknown and what remains to be discovered as told through the stories of the discoverers and would-be discoverers. I liked the title. It seemed to capture some essence of what I was up to and offered a good conversation starter. People would ask what I was doing and I would say “oh, going to spend the afternoon in the Unknown.” The editors were not so sure. One day I received an email forwarded from someone within my publishing house that said, “when is Dunn going to decide on a title?” At first I did not understand and then it became clear. The cover page of my book read, “Title: Unknown.” I got the point. The book became Every Living Thing.

The working title of my new book was Clean Living is Bad for You. This title had the advantage of offering a simple thesis. It also seemed more family friendly than the alternative suggested by my neighbor, “People Who Like it Dirty are More Healthy.” In six words, Clean Living is Bad for You set forth the thesis that living a life that was too clean and devoid of other species makes you sick. I imagined a cover with a kid licking cookies off of the floor beside a neat freak father holding antimicrobial wipes. The father would have a textbox over him that read, “sick” and the kid would have her own textbox reading “healthy.” Inside, you would find ten quick steps to immersing yourself in more kinds of bacteria and, in doing so, living a healthier life with more wealth through embracing the bacteria around you.

But then I started to write the book and discovered the Clean Living title no longer captured what the book was about. I suppose in such a moment there are two options. Stick with the simple title, which might be easier to sell, albeit not representative of the book, or give in to the complexity. I gave in to the complexity, hundreds of millions of years of complexity. I wrote about the influence of our changing relationship with other species in general—including the bacteria on our bodies and in our houses, but also the predators in our gardens, pathogens everywhere and crops and cows in our fields—on our health and well being. The title became “The Wild Life of Our Bodies, predators, parasites, and partners that shape who we are today,” which was not quite what the book was about either, but closer.

About the Author: admin