The First National Inventory of All Household Life (on a swab)

In dust one can record the actions of storms, the wearing of mountains, the consequences of industrialization. The study of dust has a long history. Geologists consider it. Toxicologists too. Arthur Conan Doyle has Sherlock Holmes look to dust to discern where a criminal might have traveled.

But perhaps the most telling feature of dust is its life. Each mote of dust is an entire world composed both of living organisms and of those in the process of falling apart. Run your finger along a surface, even one that seems clean, and in the particles you retrieve will be a measure of the life near that spot.

The bits of life in a mote of dust are, of course, tiny. A decade ago the only way to know their identity was to scrutinize dust sample after dust sample hoping to find relatively large and intact life forms in and among the small and broken. Alternatively, one might try to grow out of dust those organisms that are still living—bacteria, protists, worms, and water bears.

Recently though a new approach has emerged, one that has changed what we can see. Powerful genetic techniques allow scientists to find the bits of DNA in dust whether inside living organisms or inside the bits and pieces of dead ones. Claw of ant, eye of fly, collapsed spore of fungus. They are all floating around us, until recently undetectable.

Four years ago we engaged the public to sample, using swabs that look like long Q-tips, dust from four sites in their homes. The swabs are small relative to a house, but planetary relative to the scale of dust. We imagined that decoding what was in these swabs would take a year. The Sloan Foundation funded us for as much. It has taken far longer for the simple reason that on the swabs of dust we have found much more than we bargained for, much more than anyone could have imagined just a decade ago.

First there is the raw diversity. On the swabs we have found more than forty thousand species of fungi, a number larger than the number of named fungal species in North America. We have found more than eighty thousand kinds of bacteria. We have found more kinds of Archaea (once thought to be denizens exclusively of extreme environments such as hot springs and belly buttons) than were known from Earth just a decade ago. And there is more. We have not yet gotten to the insect legs (though Anne Madden is working on it). We are only beginning to consider the plants.

In other words, in the thousand houses people have sampled we have found evidence of more species than there are kinds of birds and mammal species on Earth, nearly ten times more. The challenge has been to make sense of what we are seeing. The first thing that became clear was that the fungi found on the outside of houses were not geographically random. The fungi on the outside of the house are a measure of where the house is and what is going on around it, so much so that if you give us a sample of dust from anywhere in the United States we can tell you where it came from within about 100 km. We can tell you based on the composition of fungal life.

But what we originally sought to explore was the life indoors and what determines its composition. We breathe in dust with every breath but have preciously little knowledge about how the life in the dust you breathe differs from that I breathe. Each breath, our work suggests, likely contains thousands of kinds of organisms. The fungi you breathe, it seems, depend mostly upon where you live, desert versus forest, cold forest versus hot. The fungi you breathe in reflect what lives outside around you and only to a lesser extent what lives in your home. The bacteria though are the opposite. They seem to differ relatively little among regions. The bacteria in a house in Alaska and one in Florida are relatively similar. What causes differences in the bacteria we breathe in (or for that matter, sleep on, sit on, accidentally eat, etc…) are the ways in which we live. Having a dog changes the microbes in your house, as does having a cat, as does living with more or fewer women. From a forensics perspective, this means that with a swab of dust we can tell not only where you live, but also who you live with. But what about how all of this affects our health and well-being? 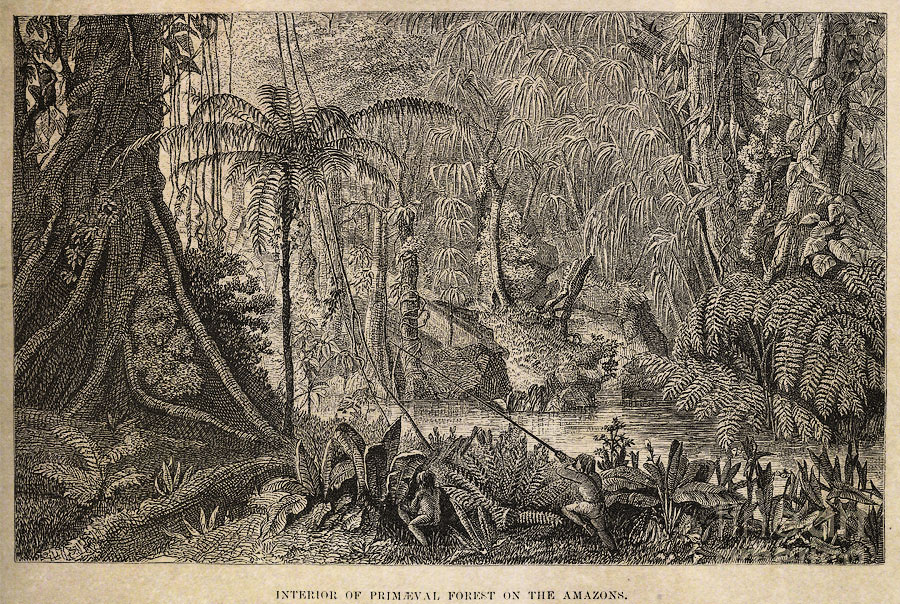 When the early European explorers first traveled south to the tropics they did so with an eye toward useful and dangerous things. This was a time long after the maps that depicted sea creatures and yet the reports home still had a bit of this mystique: Dangerous, giant ant found on jungle island. Delicious fruit on tropical shore. Giant tortoises that can be kept on a ship for weeks and consumed at will. When it comes to the species living in the dust in our homes we are at a similar stage. Some of the species floating in our dust are incredibly beneficial to our health and well-being. Having a dog influences the microbes in our homes and in doing so potentially reduces our risk of having children with asthma and other autoimmune disorders. Others of the species in our dust are deadly (though we didn’t look for such species or use an approach that notes them, of course, they are there). But for most of the more than hundred thousand species we found, well, we just don’t know.

In the next decade you will likely hear claims of every ilk about the microbial life around you and what we have understood. People will offer to sell you microbes that allow you to live until you are 200 years old. People will offer to kill microbes that are preventing you from living to 200. People will sell you underpants with probiotics or antibiotics. People will claim to have understood autism, Parkinson’s, Alzheimer’s and many other diseases that haunt modern society. It is already happening. When you hear these claims it is worth remembering that in your house, in our collective homes, dwell more than a hundred thousand species, most of which have not yet been studied, ever, in any way. Our new map to the life around us in homes is, we think, the best ever made and yet it is very clearly more closely allied to the ancient maps of whales, sea monsters and Amazons than it is to what is so often claimed about our understanding.

There is, of course, a great deal more we can understand with the data we already have. We have maps of each of the species we have encountered, maps that can be used to study plant pathogens, fungal allergens, pig fecal microbes and even the distribution of brewer’s yeast. We haven’t done most of that yet, but you can. The data we have gathered, scrubbed of the details of their geographic identity to protect the innocent, are available for anyone to consider. We suspect that in much the way that the first explorers data are still helping us to understand, say, the distribution of birds and mammals, that these data will not be fully understood for decades or even centuries. Nonetheless, we can still do more now, with your help.

We have created several portals with which you can consider our data. You can download the data in their entirety. You can explore subsets of the data visually. What we are working on now are ways to integrate these data into classes that students learning about science now can do so while considering data that have much to still reveal. We invite you to use these data (perhaps paired with belly button swabbing) or any of the other projects we have worked on with the public, including, increasingly, in classrooms.

In the meantime, we will get back to considering those samples of dust. Anne Madden is studying the microscopic bits of insects, Noah Fierer the bits of plants. We have yet to consider the protists, the worms and much more, to say nothing of the viruses the thousand, or tens of thousands or even hundreds of thousands of kinds of viruses. When I was a student, scientists talked about finding all of the species in a particular tropical rain forest, Guanacaste National Park in Costa Rica. That ambitious project stalled, as did all other inventories of entire realms. No plot of Earth has yet been surveyed fully. It has taken us four years just to look at the life in a mote of dust and even then we may be decades from done.

Check out the new paper:

The Man Who Touched His Own Heart

The Wild Life of Our Bodies