Spike is on his way to Long Island: What does that mean for Tom and Jerry?

Like the best stories, the Tom & Jerry cartoon is rooted in basic principles of real life: dogs chase cats and cats chase mice. Spike was the bulldog that terrorized Tom the cat, to the benefit of little Jerry the mouse. You might be surprised to hear that there is real predator-prey science behind the violent comedy of Tom & Jerry. Larger carnivores really do terrorize their smaller rivals, and the results trickle down to affect smaller prey, the mice and squirrels of the world. And whereas in the cartoons, the dance of dog, cat and mouse is all comedy, in the real world, more is at play. In the real world, cats kill mice, 7-20 billion of them every year, along with another 1-4 billion native birds according to recent scientific estimates.

The death of so many native animals in the mouths of cats is no laughing matter. If cats are hunting in our parks and nature preserves, killing endangered species as well as common ones, we could have a real problem. Exactly where cats go when they leave the house is a key but poorly answered question, and the major motivation for our cat tracking study.

We are working with citizen scientists around the country, and around the world, to use $50 GPS units to track where pet cats go when they hunt. You can see some of these cat tracks here, browse around and you’ll notice that most cats, like Jetpack or Catniss Everdeen, don’t go very far from home. Perhaps cats just don’t go very far regardless of the circumstances, but there could be another explanation: coyotes. Most of our cat tracks to date come from places where coyotes roam the forest. Could these 34 to 45 pound wild dog-kin be playing the role of Spike in a real world dog-chase-cat drama?

To test this idea, we need to track some cats that don’t face the threat of death-by-coyote if they wander far from home, and Long Island, New York, is about the only place in North America that fits this description. Coyotes colonized most of eastern North America after the extinction of eastern populations of the grey wolf (aided by a bit of wolf and a bit of dog DNA they added to their gene pool through a bit of hybridization over the years. What happens in the den stays in the den). The eastern coyote has not yet found its way through greater New York City’s urban development to colonize Long Island, meaning those cats have less to worry about if they wander far from home (although they still have to look out for great horned owls). So our first test will be to see whether Long Island cats, in their unusual role as “top dog,” are different. But there is a second test. 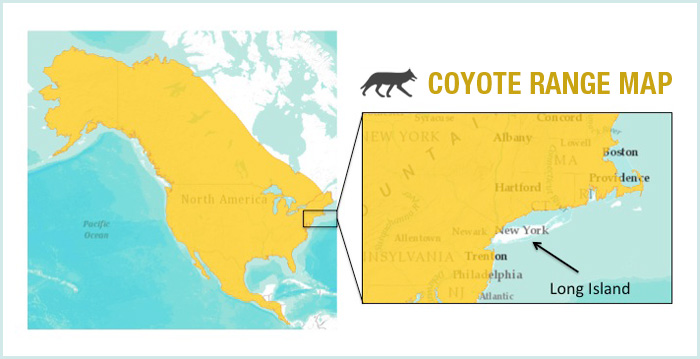 Most experts agree it’s only a matter of time before coyotes colonize Long Island, and there were a pair of sightings last year from animals who may have been prospecting. Whichever coyote pair first breeds on the island will find life pretty easy, with abundant prey that have never had to worry about avoiding predators like them. When this happens (and we are among those who think it is only a matter of when), we predict that it will alter the behavior of the cats in Long Island, but here is the catch. Our best chance at understanding the effects of coyotes on cats (and ultimately mice and birds) is to know what those Long Island cats are doing before the coyotes arrive, and after. Here is where you come in.

Do the Tom’s of the world roam further and terrorize more Jerry’s when Spike the dog is not on patrol? And does Tom change his way once Jerry shows up? We want your help to answer this, by letting us track your cat in Long Island. You can buy your own tracking device and track your cat long-term (be sure to share the data with us!) following these instructions. We also have a few devices we can loan out to Long Island residents. Either way, please sign up here. Time to start cat-tracking today! 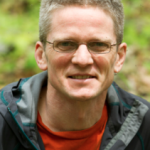 Roland Kays is the Director of the Biodiversity and Earth Observation Lab at the NC Museum of Natural Sciences and a Research Associate Professor at North Carolina State University. His specialty is using new technologies to study free-ranging animals, especially to track their movement with telemetry, GPS, and remote camera traps. Follow him on Twitter @RolandKays.

About the Author: Roland Kays