**This is a guest post written by NC State undergraduate, Ryan Pileski. Ryan collaborated with Lea Shell to adapt the Ant Picnic lesson plan, an investigation of ant diet, nutrition and diversity, for implementation at a summer camp serving students with social disorders. Their goal was to modify the lesson plan to allow success for students with attention issues and social concerns in a summer camp scenario.**

Students attending Summit Camp in Pennsylvania participated in Ant Picnic over a two week period this summer. The campers, ages 10-21, come from all over the United States and have a range of social disabilities. Camp is there to challenge them both socially by helping them try to make new friends and have a safe place to do so, and educationally (which is where I come in working as the Nature and Biology Specialist).

During Week 1, students set up the food trail experiment and recorded data according to the Ant Picnic protocol. We used six different types of food: plain water, sugar water, salt water, glutamine (water containing an amino acid supplement), soy nut butter (in placement of peanut butter due to allergies) and cooking oil. The students chose their experimental locations based on their hypotheses — they wanted to test how overall temperature, overcast or sunny skies, and distance from ants or people played a role in how well the ants obtained the food sources. And with that, which food source is the most coveted? Thus, the students collected a broad range of data over the course of the week.

During Week 2, we focused on data analysis. We looked at the ants we collected during our experiments under the microscope. We identified the ant species with the help of a dichotomous key, something that many of the students had never used before. We correlated these ant findings with what they ate, looking for trends in the data such as ant size versus food preference. For instance, one of our conclusions was that larger ants, such as the Black Carpenter Ant, preferred protein while smaller ants preferred sugar.

Camp is moving along. Week 5 is almost complete and the research is underway! @VeganBugLady. More pics soon pic.twitter.com/XHal3N3hCT

The campers also viewed short video clips about different ants around the world and analyzed the social infrastructure within an ant colony and how it played a role in ant life. The students had the chance to apply this knowledge in a role playing game where they learned more about the structure of the colony and how crucial it was to the survival of the group.

What I think the campers got the most out of during this two week period was being able to explore the scientific world in a very unconventional way. When I first told them that we would be studying ants, I heard groans and grunts. They had already learned this before, they said. But overall I think they were very surprised to see that it wasn’t just general classroom work. They were in charge of most of the parameters of the experiment and they weren’t just staring at a teacher in front of them. You could see the change in excitement levels as the experiment progressed and I think quite a few of them learned a little more about how much is going on under their feet! 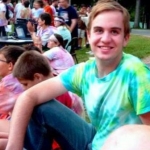 Ryan Pileski is an undergraduate at North Carolina State University studying biology and English. He has spent two years working at Summit Camp where he teaches basic biology to children ranging 10-21. In the future he hopes to practice medicine focusing in pediatric disabilities. Follow him on Twitter @RyanPileski