Science is boring. Art is Stupid. Prove us wrong.

These are the words that launched the annual Art of Science exhibition at Princeton University. The exhibit highlights examples of accidental art – images and video collected in the process of doing science that somehow go beyond the numeric values of their pixels. This year I was excited to have four of my photographs included in the exhibit.

Taking photos while doing research gives students and scientists a chance to embrace their curiosity. There’s a lot more freedom behind a lens than we typically experience while designing and carrying out highly precise experiments in the lab. Two of the photos featured in the exhibit happen to be photos I shot while conducting experiments last November with Clint Penick and the Dunn Lab at North Carolina State University. Clint and I went to graduate school in the Social Insect Research Group at Arizona State and are now working together to figure out how environmental temperature affects the cohesive nature of social insect colonies. We designed a series of experiments to measure the oxygen consumption of whole colonies of winnow ants (Aphaenogaster rudis) collected from different latitudes and acclimated to a wide range of temperatures. The results of these studies will help us to examine how environmental conditions affect colony-level behaviors, metabolic rates, and energetic efficiency.

Having been inspired by the beautiful insect photography of Lauren Nichols and Alex Wild, I tried taking a few photos of the ants that Clint and I were studying during our downtime in the experiments. Mostly, they ran around too fast to follow, but one lucky shot (“Sense of Place”) captured an individual winnow ant hiding inside a piece of tubing. The tube connected her colony to our experimental setup, and she stood still while ever so slightly extending her antennae out to sense the surroundings when the flash went off. 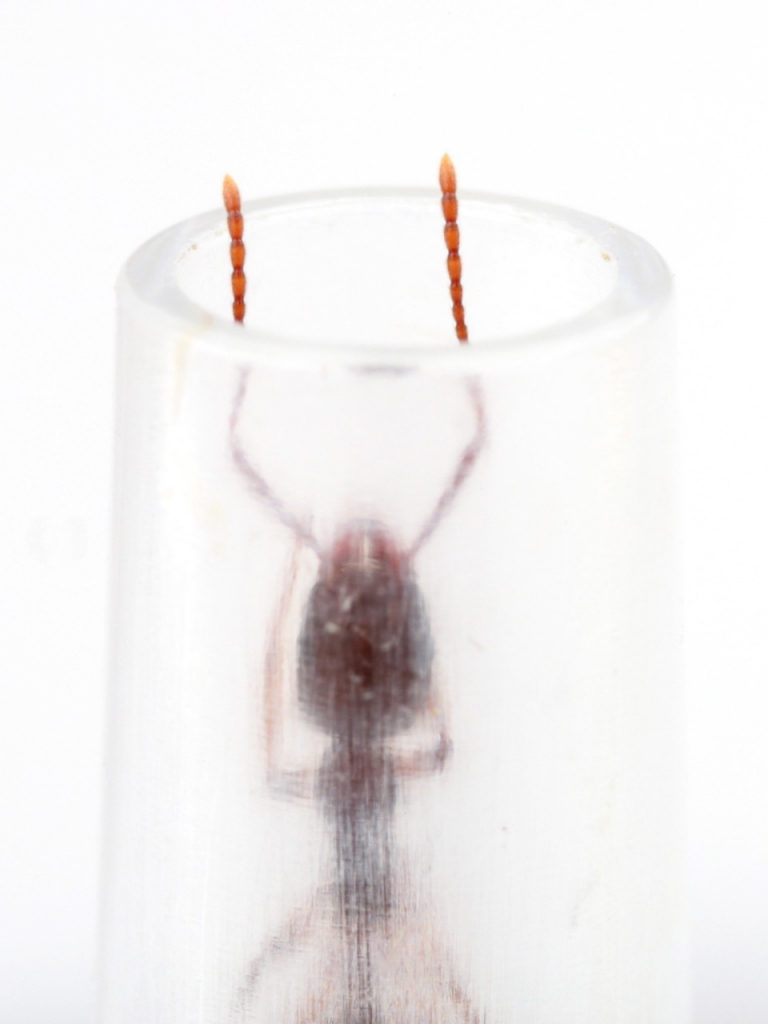 A second shot chosen for the exhibit depicts a species of Rhizopus fungus growing on debris within a winnow ant nest. There’s actually a dazzling range of different microbial and fungal organisms growing within ant nests, but until you take a look at this life from the ant’s perspective, it all just looks the same: fuzzy and gross. Taking a high-magnification photograph of the mold made it possible to see the interconnected network of branching hyphal strands –100 times thinner than a strand of hair– that make up the main mass of the fungus, called the mycelium. These connections help transport nutrients and provide a foundation for the growth and reproduction of the mold. 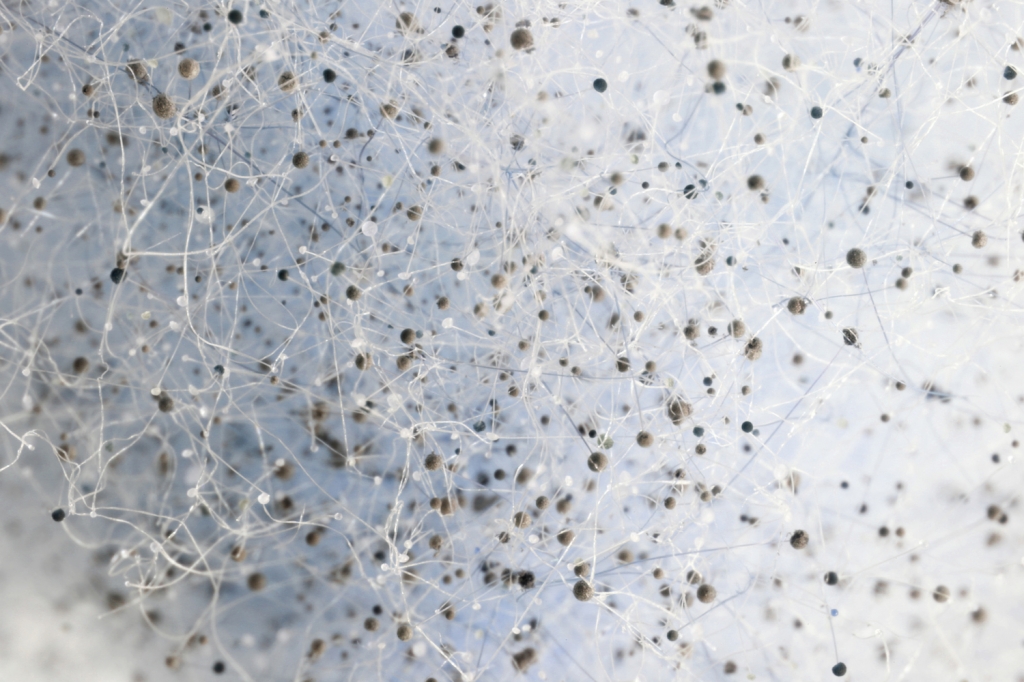 Fungus Among Us by James S. Waters

This year, for the first time ever, insects are the most highly represented subjects in the Art of Science exhibit. This is an appropriate honor since the six-legged creatures among us make up the most abundant and ecologically dominant group of animals on the planet.

Photographs depicting insect life featured in this year’s exhibition include:

The 2014 Art of Science exhibit is now online: Check it out! 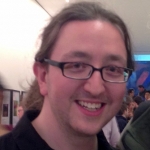 James Waters is a post-doc studying social insect physiological ecology and collective behavior in the Levin Lab at Princeton University and a visiting scientist in the Moreau Lab at The Field Museum. This fall he will be joining the Department of Biology at Providence College as an Assistant Professor. He’s also an aspiring insect photographer and banjo player. Check out his new lab website, other photos, and follow him on Twitter @lovetheants.