Out of This World: An educator reflects on space, climate change and the NASA Social

Last week we were jazzed to learn that one of our favorite local educators, Kristin Bedell, was participating in the NASA Social in Pasadena, California. Below she shares her experience and reflects on how it transformed her thinking (and teaching) about science. 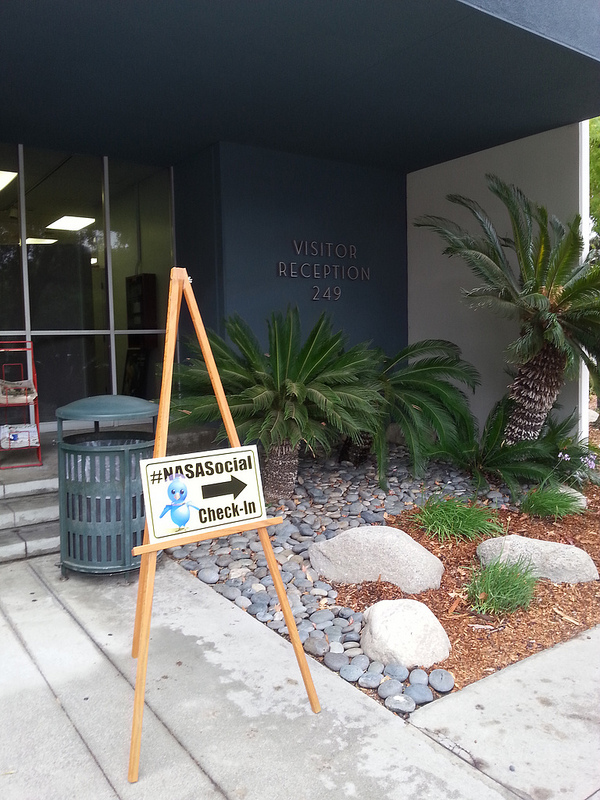 A minister, an astronautical engineer, and a professional skateboarder walk into a room.

It must be a NASA Social.

On September 25, 2013, I received the modern-day geek equivalent of a Golden Ticket: an email inviting me to a NASA Social event on November 4-5. I was 1 of 100 randomly-selected “SpaceTweeps” who would be going behind the scenes at NASA’s Jet Propulsion Laboratory in Pasadena, California. Like the other 99, I had applied through social media. Like the others, I would have to arrange and fund my own trip. And like the others, I could hardly wait.

NASA Socials are community engagement and outreach events designed to foster better public understanding of and urgency for NASA’s work. In exchange for access to behind-the-scenes information and high-level personnel, the SpaceTweeps eagerly take to the Internet, blogging, tweeting, and Instagramming every moment. Through the Tweeps, NASA is able to amplify its message and its reach. In fact, #NASASocial, the official hashtag for the event I attended, ranked among Twitter’s top trending hashtags on November 4 based on the sheer volume of information generated by the 100 NASA Social attendees.

There was much for us to share. The focus of our event was on NASA’s Earth missions, particularly related to climate change. Over the next year, NASA will be launching three satellites (SMAP, OCO-2, and RapidScat) to better study the interactions among water, carbon, and winds on our planet. The data gathered will inform our understanding of climate change and the potential for sea level rise over the next century. And right now, the data paint a bleak picture, including severe droughts and worldwide food shortages. According to Graeme Stephens, Director of the Center for Climate Sciences, IPCC author, and NASASocial presenter, “Water is the next oil.” Without global, coordinated action, the potential for catastrophe looms large. And without the data NASA’s satellites will provide, the global potential for inaction is equally as great.

As it churned out in the Pacific, Typhoon Haiyan formed a grim backdrop to our discussions of climate change and weather systems. Billed as one of the most powerful storms in history, Haiyan has since delivered on its terrible promise, literally raining destruction upon the Philippines and Vietnam. The scale of devastation, both human and environmental, leaves me struggling how to translate these events for my young students, who range in age from 5 to 11. Particularly for my fifth graders, Haiyan will be a topic of conversation inevitably connected to any other conversation about climate or weather. They will wonder, “What could we have done? What can we do now?”

And to these questions, my experience at NASA Social has given me a new set of answers. Some of my response will be to share the content we learned, to help my students understand that, in the words of Graeme Stephens, “Lack of understanding about climate change shouldn’t be an excuse for lack of action.” I will show NASA’s Eyes on the Earth to my students, so that they, too, can see the data generated by NASA’s satellites and then consider the implications; so that they, too, can begin to understand as well as act.

The other part of my response is subtler, and it grows directly out of the people I met: a minister, an astronautical engineer, a professional skateboarder—and an artist and a pilot and an actor and a mother and an editor for comic-book-movie trailers and on and on; people from all over the world and all walks of life, all defying stereotypes, all united by an interest in science, all drawn together by a chance to be unabashedly geeked out by the wonder that is our universe. This assemblage, this multitude, THIS, will be my true response to my students. I will respond that it’s okay to be curious. It’s okay to like science and math. It’s okay to gape in wonder at a new idea, and then share it, loudly, to anyone who is willing to think about it with you. For without this groundswell of curiosity, the content falls on deaf ears, the data beam back from space into a deeper void, the human-created disaster of apathy churns just offshore. We need scientists. We also need scientifically-literate citizens. And for my students, choosing to be scientifically literate is something they can do, now, in the future, and at any point throughout their lives.

Thank you, Stephanie Smith, Veronica McGregor, and Courtney O’Connor, for coordinating the NASA Social event at the Jet Propulsion Laboratory. I am grateful for my Golden Ticket to time spent learning and sharing ideas, loudly, with anyone willing to think them over with me.

Kristin Bedell serves as an Academically and Intellectually Gifted Specialist at Efland-Cheeks Elementary School in Efland, North Carolina, and is a 2013-2014 Kenan Fellow. She is passionate about helping students find their passions, whether in school or beyond the school walls. Website: https://sites.google.com/a/orange.k12.nc.us/aig-at-ece/  Twitter: @kdbedell