Back to Field Work in the Big Apple

Our Urban Ecology team has returned to New York City! Over the last week, Amy Savage and Shelby Anderson have been crisscrossing Manhattan, with aspirators (the small devices we use for sucking up ants) and stepladders in hand, studying the ants living in the medians of Broadway as well as in the adjacent New York City parks.

Amy and Shelby are investigating how the stresses of city-living and Superstorm Sandy affect ants and the breakdown of dead leaves and trash, an important ecological process that happens on the floors of both forests and street medians. 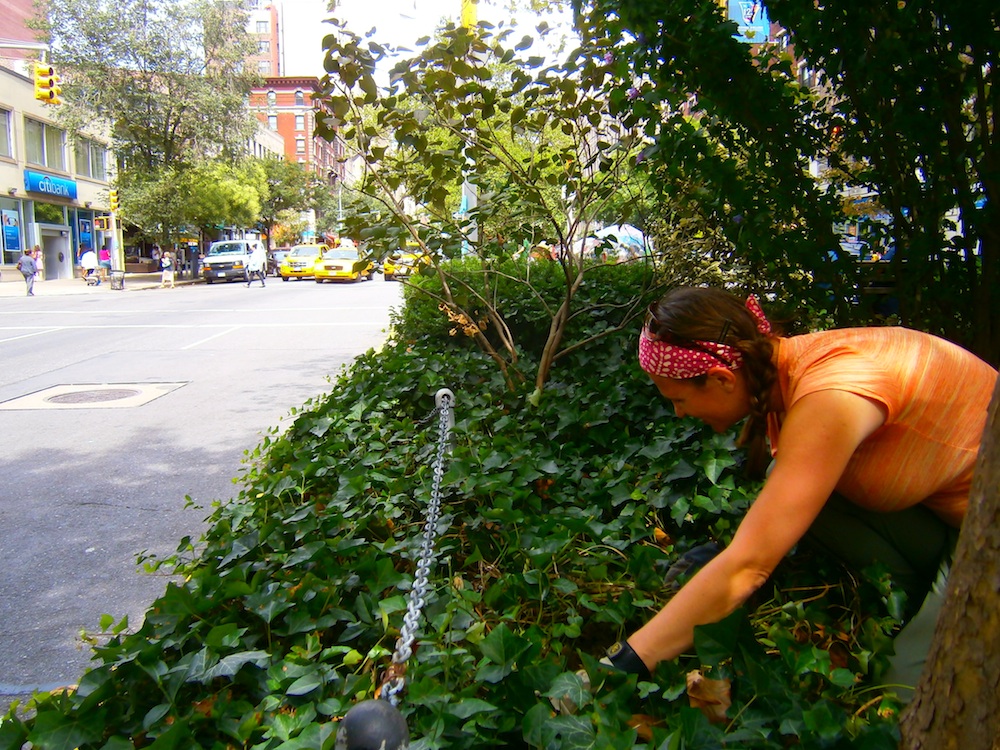 Amy searching for a mesh bag of dead leaves (called a leaf litter bag, installed back in March) amidst the ivy growing on a Broadway median. We’ll compare the weight of the leaf litter bag now that it’s been sitting on the median for five months to its initial weight when it was deployed in the spring. The change in weight over time gives us the litter breakdown rate. (Photo credit: Shelby Anderson)

Shelby recovering a climate data logger from a tree branch. These are the same little loggers that our citizen scientists have deployed inside and outside homes in each of 50 states. In New York City, we’ve deployed the little loggers across the city to measure local differences in temperature and humidity. (Photo credit: Amy Savage) 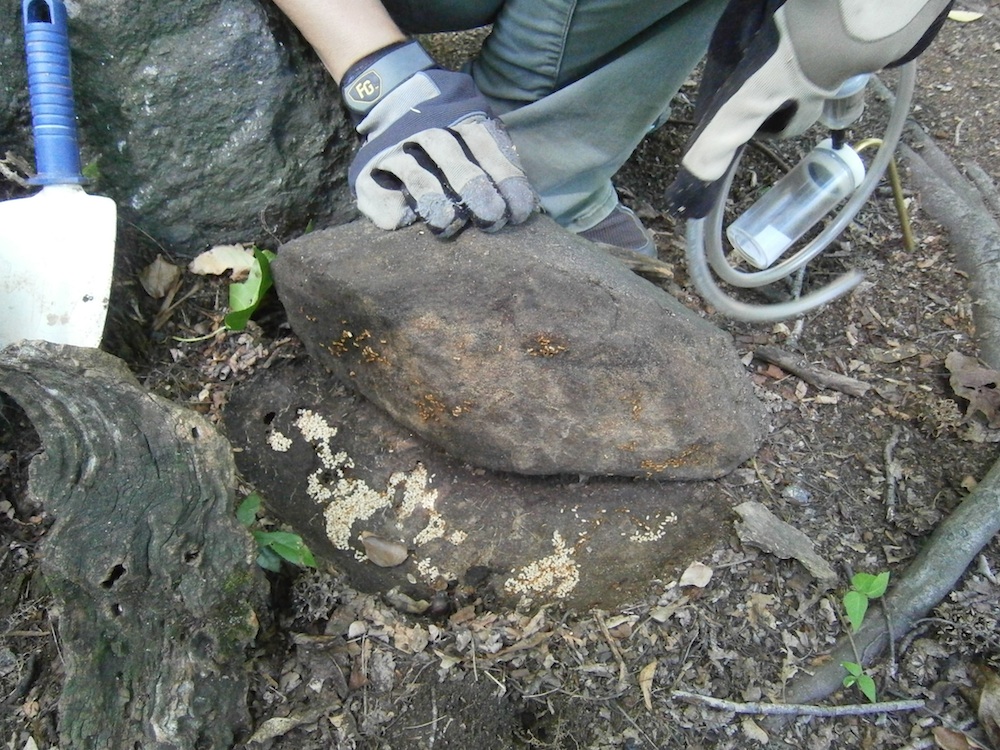 Flipping rocks in the Central Park Ramble. Boulders and dead logs are always good bets when in quest of ants. Note the ant biologist’s collecting companion, the aspirator, in the upper right. (Photo credit: Shelby Anderson) 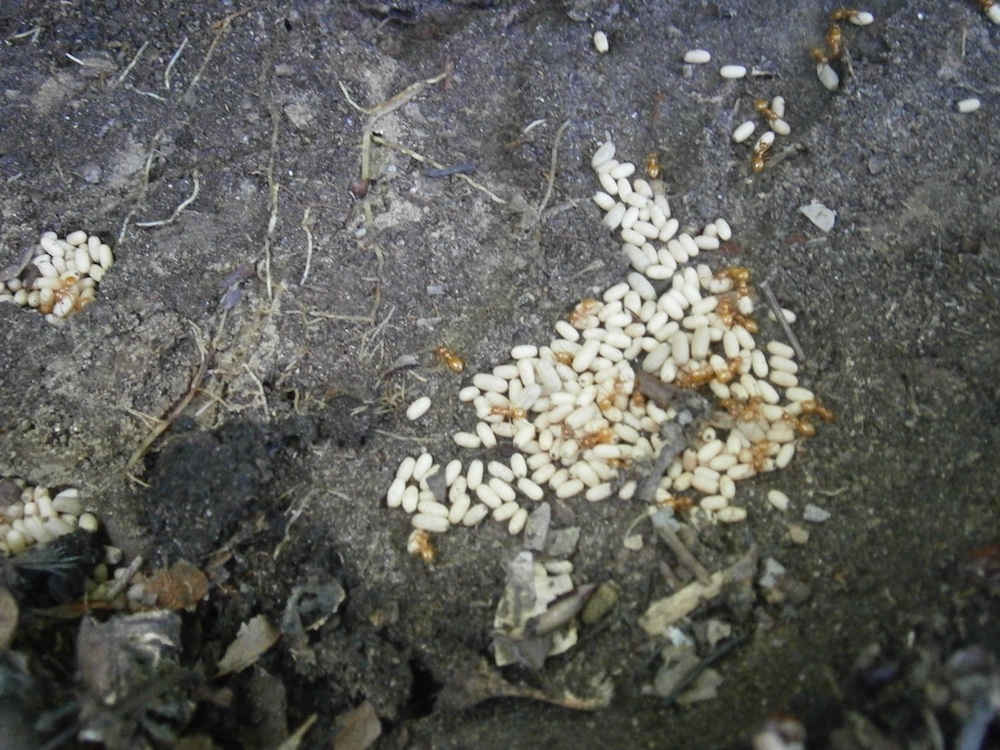