Today we have another in our series of guest posts by participants in the upcoming meeting on indoor evolution at the National Evolutionary Synthesis Center in June. Jason Munshi-South, currently an assistant professor of biology at Baruch College, studies the evolution and ecology of vertebrates in New York City. 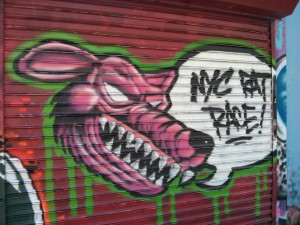 Every New Yorker has a rat story.  Narrative elements of these tales often include municipal garbage cans or deserted subway platforms, and in the worst cases pant legs or toilets. NYC’s rats are Rattus norvegicus, the Norway or brown rat.  With the assistance of humans and their mobile cargo, brown rats hitched rides from Mongolia and central Asia outwards to agricultural centers and cities around the world.

The history of rats is inseparable from the history of NYC. Rats were introduced to Manhattan by British colonials sometime between the 1740’s and the Revolutionary War, and witnessed one of the greatest human migrations up to that point. Manhattan’s population exploded from 60,000 to over 1.8 million human residents (a 30-fold increase) during the 19th century as European immigrants arrived in huge numbers. Modern sanitation efforts did not commence until the 1890’s after decades of public health crises and official corruption at City Hall.

During this period, the rat population must have vastly expanded, leading to what NYC’s premier rodentologist, Dr. Bobby Corrigan, refers to as the “Ratopolis”.  After sanitation and the introduction of effective rodenticides, the rat population may have largely stabilized in the 20thcentury. The evolutionary history of rats, their myriad adaptations to parasitize agricultural and urban areas, and human efforts to control them are underappreciated elements of the ecology and evolutionary biology of human settlements.  Brown rats may also be the most destructive invasive species in the world, causing billions of dollars in physical destruction and crop loss annually.  City rats are notorious carriers of disease, biters of children, and contributors to asthma in poor urban communities. 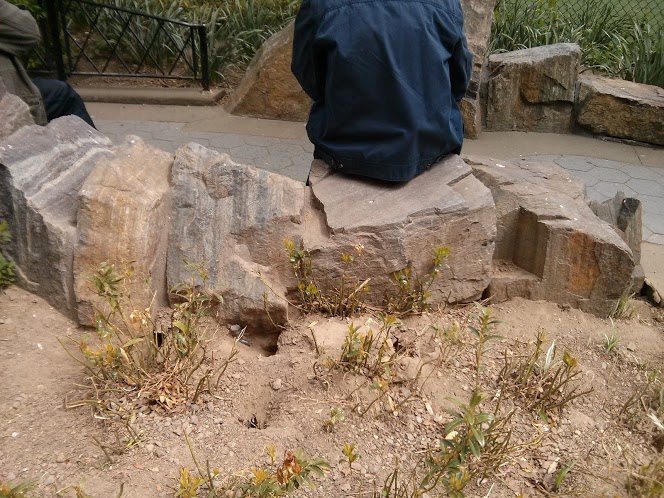 Active rat burrows at the base of the rock. Over time, large rat infestations destroy root structures and kill plants. This man and the photographer are within 50 meters of a few hundred rats in Columbus Park, Manhattan. (Photo credit: Jason Munshi-South)

This spring, our lab launched a new project on the “cityscape” genomics of NYC’s rat population.  We aim to understand how the built environment and human socioeconomics influence the evolution of rats on a block-to-block scale.  We came to study NYC rats only after our reluctance was worn away by field observations demanding investigation, and the sheer weight of expectations from observers of our research.  Any conversation about our work on the evolution of urban wildlife quickly, and often immediately, turned to rats.

As backstory, in 2008 we began investigating white-footed mice in urban forests (primarily city parks) as a model for evolutionary responses to urbanization.  We found that populations of mice in isolated parks have rapidly diverged from each other over the last century, and are now sufficiently different that a small number of genetic markers can distinguish mice from different parks.  Simple models of white-footed mouse movement through NYC based on the distribution of tree canopy cover robustly explained the small amount of gene flow occurring between NYC parks.  Most recently, we identified a list of candidate genes that may have experienced strong natural selection for different or enhanced biological activity in NYC.  This work is ongoing, as well as other projects examining natural selection in white-footed mice distributed along urban-to-rural transects (e.g. from NYC to the Catskills).

During the course of these projects, we trapped over 500 individual white-footed mice and a few dozen each of short-tailed shrews and meadow voles.  However, we captured zero house mice and only four rats: two in disturbed areas of Central Park and two in the salt marshes of Jamaica Bay where brown rats are naturalized.  These results begged the question: are NYC’s rodents partitioning the urban environment into “green” and “gray” habitats, e.g. the white-footed mice, squirrels and chipmunks of secondary forests in parks, and the rats and house mice of buildings and other urban infrastructure? 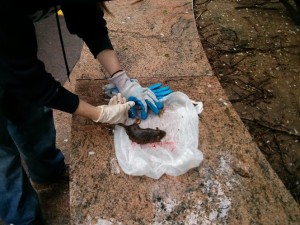 To examine whether rats occupy a “photographic negative” habitat in NYC compared to white-footed mice, we are trapping hundreds of rats throughout the entire landmass of Manhattan.  Using new genomic sampling techniques, we are generating high-density genetic datasets for rats to examine relatedness between individual rats throughout the city, as well as the action of natural selection on their genome.  These data will help us address several questions:

Can the genetic structure of rats be predicted by the distribution of “gray” infrastructure in NYC, such as sewers, subway lines, and buildings?  Or by the socioeconomics of urban neighborhoods on a block-by-block scale?

What is the relationship between rats trapped within and outside buildings?

Where do new rats come from after control efforts or natural disasters such as Superstorm Sandy?

Has human persecution through poisoning or other activities driven changes in the rat genome?  Are there geographic clusters of rats that are more or less resistant to poisoning?

Are there other, related organisms that exhibit “green” and “gray” communities?  Do they compete with rats, e.g. the ants that remove bait from our trapping stations? 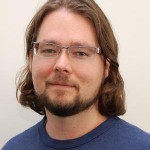 Jason Munshi-South is currently an assistant professor of biology at Baruch College, part of the City University of New York (CUNY).  In September 2013 he will begin a position as an associate professor of urban ecology at Fordham University’s Louis Calder Center, one of the world’s only field stations dedicated to urban and suburban ecology.  His research interests are in population ecology, landscape genomics and adaptive evolution of urban wildlife.