Let Me Introduce You to Your Tiny Neighbors 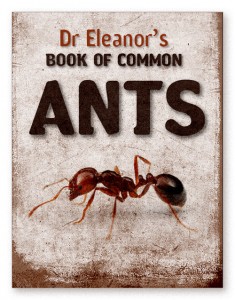 **Today we have a guest post from the one and only, Dr. Eleanor Spicer Rice, author of the NEW eBook, Dr. Eleanor’s Book of Common Ants.**

As a myrmecologist, I’m always intrigued by people’s reactions to ants. From total disinterest to full-on flailing freakout, many people feel an ant is an ant is an ant.

While the faces of these six-legged picnic ruiners might blend together from our giant’s height, the ants surrounding us are incredibly diverse. More than 20,000 ant species crawl around the earth. In North America, nearly 1,000 species creep between blades of grass in our back yards, make homes in our acorns, and shake with the leaves blowing in our trees.

No matter where we live, in a high-rise city apartment or a hut in the middle of the woods, we spend every day with thousands of these creatures shuffling all around us. Who are they? What are they doing? How can we tell one ant from the next? While we’ve long had a good idea of who’s sharing space with us, until recently we never actually knew what ant species were the most common in the United States.

Thanks to the School of Ants project, under the direction of Rob Dunn and Andrea Lucky, we’ve started to figure out who those common species are. This massive citizen science project invites people across the country to collect ants from their backyards and neighborhoods and mail in their samples. A team of ant experts then goes to town identifying and mapping the distribution of ants in the places where people live. Sifting through the piles of data that have emerged from this project, we’re finally figuring out the identity of these creatures who we share our lives with each day. With the assistance of hundreds of citizen scientists, we’ve identified our most common ants. Some of them are obvious, those species who steal jelly out of our kitchens or build familiar mounds along our roadsides. But some species surprised us. 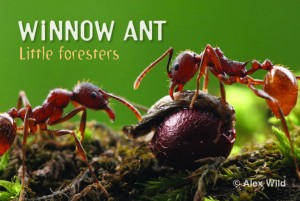 So now we can tell you the names of the most common ant species in North America. But what’s really in that name? Does it mean anything to you? Will it make you appreciate your neighborhood ants any more? Ants can be hard to know (alas, this is why School of Ants has a team of experts doing the species identification) – but we want to make the more knowable. I became fascinated by ants as a child because I got down on the ants’ level. I watched them up close. I followed them on foraging expeditions and to the front lines of their epic sidewalk battles. I became a keen observer of ant biology, a student of their natural history. 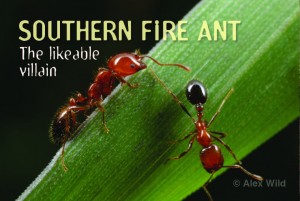 Today, I want to inspire others – young and old – to do the same. I want to introduce you to your tiny neighbors. In Dr. Eleanor’s Book of Common Ants, I tell the stories of 13 of the most common ants in North America. You’ll become acquainted with the winnow ant, who plants seeds across the forest floor and ultimately shapes forest architecture. You’ll get to know the winter ant, whose buttonhole colony entrances dot the ground and plunge nearly 12 feet beneath the surface. You’ll peer into the villainous world of the Southern fire ant, which ranks with coyotes and badgers as a top predator of baby bobwhite quail.

Designer Neil McCoy peppers each chapter with Alex Wild’s unparalleled photography, so as you flip the pages, you almost become an ant, get a close-up look into ant life, and learn how to distinguish one species from the next. With this book, maybe the individuals moving around the giant glob of ant speciation will come into focus. Maybe a few disinterested flicks and freak-out squashes will become curious pauses and the recognition of new friends.