I saw this tweet this morning about a new research finding, and it made me laugh out loud:

Believe-you-me, it’s not just Duke scientists who dig Lady Gaga (more on the Duke connection to Gaga in a moment).

My friend Becky, a neurobiologist and ornithologist, had Gaga blaring from her Volkswagen’s cd player for TWO WHOLE YEARS during graduate school. She never flipped from CD to the FM. If you wanted to catch a ride with Becky somewhere around town, it was ALL Gaga, ALL the time. She claimed it pumped her up after long days spent in the lab and field.

Then of course there’s the Gaga-inspired  “Bad Project,” a YouTube video-gone-viral about the trials and tribulations of lab work from the Zheng Lab at the Baylor College of Medicine.

Your Wild Life has also gotten in on the fun. Last year, Rob wrote a post about the life forms most likely to live on Lady Gaga (and you). We tried to incorporate Lady Gaga’s iconic belly button into some of our outreach materials and posters for the Belly Button Biodiversity Project, with the faint hope that we might actually get to sample the microbes of her belly button… Alas, no luck on that front… YET. 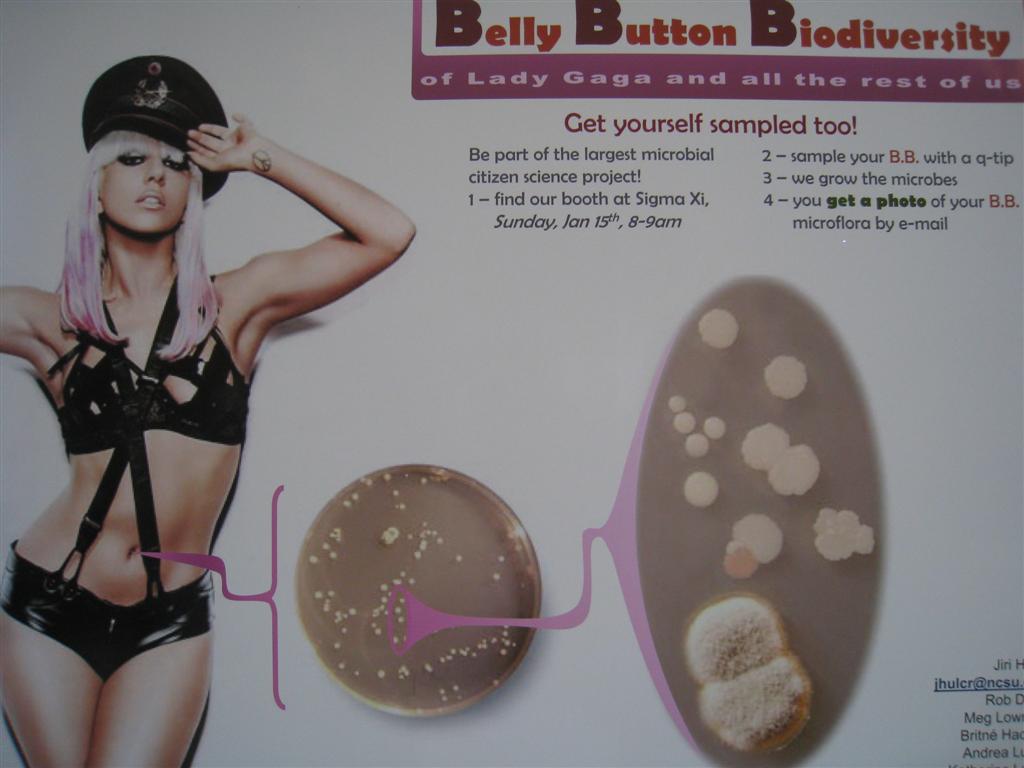 So back to this Duke Gaga connection – Duke botanist Kathleen Pryer and her students recently named a new genus of ferns after Lady Gaga. The Gaga group – comprising 19 species collected from Arizona, Texas, Mexico and Central and South America – has a reproductive stage that the researchers found strikingly similar to Gaga’s costume from the 2010 Grammy Awards. Moreover, when they looked at the DNA sequence of the ferns, they quite literally found GAGA written into the DNA sequence that separates this group of ferns from other species.

No word yet from Lady Gaga about her new role inspiring plant taxonomy… and scientists everywhere.